Anorexia is an eating disorder that stems from a distorted body image, emotional trauma, or mental illness like depression and anxiety. People suffering from anorexia will avoid or restrict food intake, have a strong and dangerous fear of gaining weight, and develop a negative or distorted body image. They will also often lie about their food intake, skip meals, talk badly about their bodies or hide them in baggy clothing, avoid situations where they would have to eat or reveal their bodies, and exercise excessively. 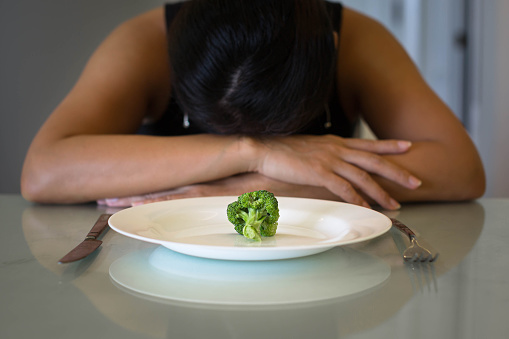 Bulimia is an eating disorder characterized by cycles of binge eating and purging. Binge eating is where you eat more food than most people would. While binge eating, most people feel like they cannot stop eating and control how much they eat. At the same time, they may experience feelings of shame and unhappiness.

On the other hand, purging is where you take action to balance out the binge. The action may be vomiting, fasting, using laxatives, and excessively exercising. Bulimia is a severe condition with significant physical symptoms. Some of the symptoms are:

Causes of Anorexia and Bulimia

Societal pressure, especially the pressure to look a certain way or weigh a certain amount, can also cause anorexia, bulimia, and similar disorders. Most of the people who suffer from these conditions have at some point gone through bullying, been teased, or have been exposed to particular cultural messages that cause them to feel insufficient.

Fortunately, both anorexia and bulimia can be treated. The most common treatments for these conditions are: More often than not, people with bulimia and anorexia can be successfully treated as outpatients. However, in some cases, depending on the severity of the condition, they may have to get in-hospital care.

Anorexia and bulimia are significantly different. However, they are both severe conditions that could result in dangerous outcomes if not treated in time. The best way to get treatment for these conditions is by visiting a qualified medical practitioner as soon as possible.