It turns out the brain is a muscle that also needs to go to the “gym” as it were. Flexing the brain’s muscles doesn’t have to be a chore, however.

As people get older, their memories start to shorten, and long-term memory becomes a problem. Age-related diseases like Altzheimers result in progressive memory loss and rapid deterioration of the brain’s functions. Unfortunately, there’s no known cure for Altzheimers disease. However, people can combat the onset of memory loss and increase their chances of avoiding diseases like Altzheimers through various brain training techniques. 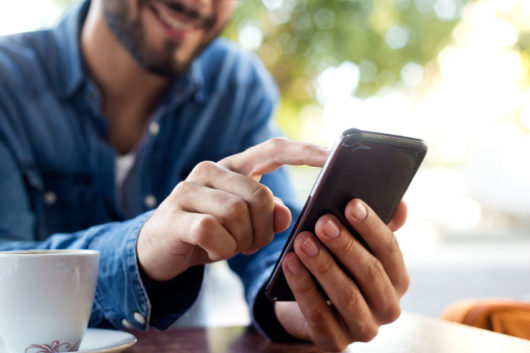 Apps that contain games, tricks, and quizzes to help train the parts of the brain that handle memory is a great place to start. They offer a fun and interactive way to keep all those neurons firing away as they should.

Here’s a list of the best entertaining apps out there that can help people stay in top mental shape available right now for Android and iOS.

It would be hard to get bored with Memorado’s assortment of 14 games over 420 levels. These games not only help improve a person’s memory, but also their concentration, reaction times, and math skills. The app tracks all progress made to give statistical feedback on improvements and which areas still need more work. It’s addictive.

Luminosity is one of the most popular brain training apps out there, with millions of downloads since its launch. The app is an all-rounder, focusing on improving various aspects, including a person’s problem-solving skills, memory, and attention span. It features over 40 games and a ‘Fit Test’ that creates a base score to improve upon. It’s the top pick for anyone who’s looking to challenge their mental muscles in different areas.

This is another popular app that millions of people have used to help improve their mental functions. Elevate takes a broad approach to help promote better memory, attention, speaking and math skills, and processing speed. There are over 35 games to try, each of which adapts the difficulty progressively to make sure the games stay challenging enough. Elevate offers both free and pro versions with a 14-day free trial.

This app was created in partnership with neuroscientists to develop scientifically validated brain games. It focuses on building memory and concentration and adapts the difficulty level of the games to the user’s age and needs. Their progress is tracked over time, and the app will also make recommendations based on these results. Spending a few minutes with Cognifit every week is a great way to build renewed mental acuity.

Eidetic is specifically geared toward memory retention through its unique ‘spaced repetition’ method of getting people to remember important information. It helps people build up their long-term memory through timed tests that are spaced out for longer periods of time. The great thing about this app is that it focuses on things that people want to remember. Like phone numbers, bank account details, new phrases, or study material concepts.

It wouldn’t be a brain party without Mensa – the largest IQ-based society in the world. They recently released their own brain training app that was developed with the help of Mensa cognitive experts. The app focuses on five main areas: agility, reasoning, memory, concentration, and perception. Subscribers can also check their Mensa Brain Index (MBI) to see how they rack up against others around the world.

The Last Note. The Stressful Impact of Downloading Apps

Stress can have big adverse effects on people’s memory and other cognitive functions. These apps will help with that, but they can be big stress points themselves. Not the games they contain, of course, but rather the code they’ve been programmed with. Malware is a rampant issue in the digital world and more so for mobile apps, which get targeted frequently by hackers. Any apps that contain unsecure code or don’t get routine updates can become compromised.

That is why it’s important to take extra security precautions whenever downloading apps of any sort. Getting a VPN is one great solution to this issue, as it universally protects the phone or tablet’s connection to the internet, regardless of which apps are installed.

Have fun but make sure to stay safe too.