According to debt.org, the average American consumer spends over $10,000 annually on healthcare. That’s no small chunk of change, which means it’s no surprise that so many find themselves facing a huge debt they can’t afford to pay following a medical procedure.

The good news is that there are ways to negotiate those medical bills down to a more reasonable amount.

Lots of people qualify for various discounts or charity programs but don’t take advantage of them because they aren’t aware that they exist. The key to saving on your medical bills is to ask. You need to be proactive in determining and pursuing any discounts you might be eligible for.

Insurances companies regularly negotiate rates with healthcare providers, but oftentimes when a patient doesn’t have insurance, they’re charge the higher rates. Look up the fair market cost of the care you received – the amount the insurance company would pay if you were covered. Then, contact the billing department and ask to negotiate a lower rate based on this information. You may need to ask for a supervisor – don’t give up, continuing moving up until you find someone willing to help.

If you aren’t eligible for any specific programs or discounts, ask the medical billing manager at the hospital or doctor’s office if they would be willing to provide a discount for paying in cash. The goal for medical billing departments is to decrease the aging of accounts receivables and a cash payment will do so immediately, which makes it hard to turn down. They’ll also save the money and time it costs to process paperwork.

Go Over Your Medical Bills With a Fine-Tooth Comb 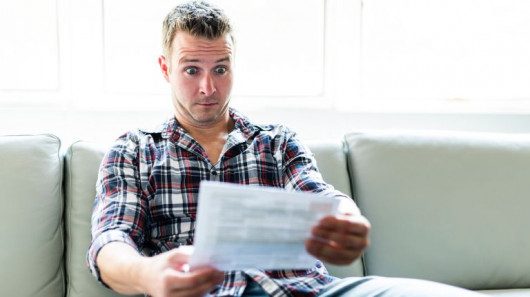 There’s a good chance you don’t owe as much as you think you do as medical billing errors are common. It’s rarely done purposely, but it’s easy for mistakes to happen as every procedure performed by a healthcare provider has a code that allows the provider to bill the insurance company. If it’s coded incorrectly, the charge will be incorrect (usually higher) and the bill may not be paid at all. As much of this is automated, you’ll end up getting the bill.

Other errors include multiple billings for the same procedure, referred to as duplicate billing, or unbundling, when services that should have been billed as one are broken out individually, frequently adding up to a higher total.

Either way, call the medical billing department or your insurance provider and question the charges if something doesn’t look right. There’s a good chance you didn’t owe it at all, or that the amount will be significantly less.

Get Help From an Expert

There are medical billing and healthcare advocates available to help if you aren’t getting anywhere on your own or are unable to do so. While many of them will charge you to do so, some do offer sliding scale fees based on your income. If you have an exorbitant amount of unpaid medical bills, it will likely be worth the cost. Weigh your options to determine if it makes sense for your situation.