Our understanding of the human body has been reworked and re-examined as time has gone by. This has led to us reaching a variety of thresholds over the years, event horizons that redefine how we look at the treatment or diagnosis of the many ailments we experience over the course of our lives.

One of the most complicated areas of our sometimes fragile bodies exists in the realm of neurosurgery. The kind of conditions that fall under the purvey of neurosurgery, while not always necessarily life-threatening, are intertwined with the most complex component that we have; our nervous system.

The reason it is so complex is that it assumes a central role in nearly every single part of our overall health. Two of the largest pieces in the puzzle that is our nervous system, are the brain and the spine. The spine acts as a sort of conduit for all the electrical impulses that run through our bodies, with the brain conducting signals from place to place to make sure that that all the messages being thrown around our bodies are arriving at the right place at the right time. 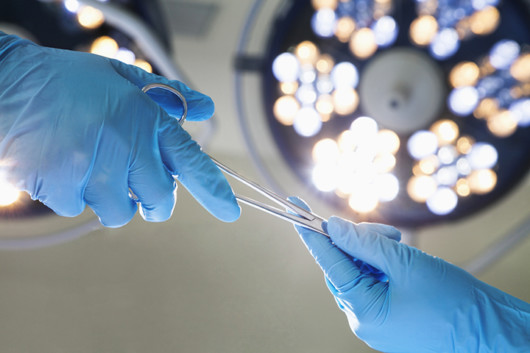 As is often the case, however, the more complex you make something, the greater the ramifications of any malfunction or issue. This is very much the case with our nervous system, with the drawback being that the intricate system it forms also requires meticulous and potentially dangerous surgeries to correct any issues.

Traditionally if you were to undergo surgery to the spine or brain, you would be exposed to 2D fluoroscopy. This is a procedure that is used to help the surgeon with cranial and spinal navigation. The downside to this procedure is that it will expose the patient to a significant dosage of radiation. The amount of exposure is controlled and is unlikely to cause any significant harm, however the fact remains that exposure to any radiation is a negative thing.

The effects of this exposure may not be immediately obvious, such as a higher risk long-term risk to cancer, or it may be immediate such as some radiation burns. Although the dosage won’t be quite as high, the surgeon will also be exposed to the same radiation.

Even though these risk factors will likely be an afterthought when compared to the necessity that will invoke the need for some of these surgeries, they are still a consideration that shouldn’t be taken lightly. Fortunately however, thanks to new developments in the technologies in image registration and surgery navigation, there is an alternative to the radiation-based solution already in-place.

On the forefront of development for new technologies that will assist in cranial and spinal navigation, is the MvIGS technology developed by 7D Surgical. Not only is this technology the answer to the issue of radiation during spinal and cranial surgeries, it stands to offer a host of other benefits.

MvIGS is revolutionary for its ability to register all of the required images of the anatomy for surgery and navigation, not only without the risk of radiation, but for the fact that it performs the task far quicker than the alternatives. The speed of the image registration, which on average can take anywhere between 15 and 30 minutes, isn’t just a couple of minutes faster, either.

MvIGS takes the image in less than 20 seconds. What this means is that if there are any adjustments during the surgery, there can be a new image taken in the middle of the surgery, completely changing how these surgeries proceed. This is done with the use of 7D Surgical’s other technology, Flash Fix. 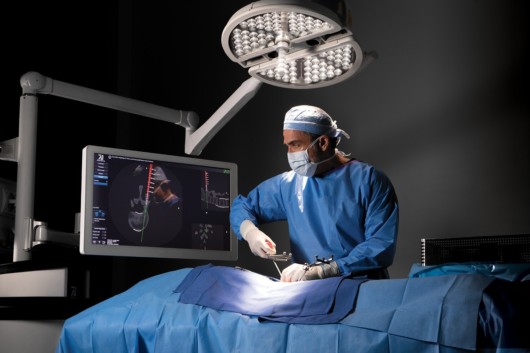 The simplicity of the process is also of note. The frame for the MvIGS scan attaches quickly and easily, allowing the surgeon to easily use an advanced 3D interface to identify the relevant points. Not only that, but the spine can be navigated without being completely exposed, a technique that is exclusive the usage of MvIGS technology. Owing to this ease of use and the ability to update the image quickly, surgeons are able to update the image that they are viewing at any time, not only increasing the patient safety but improving the accuracy of all actions that are taken during the surgery.

All of these benefits have been documented in a study and analysis of the usage of MvIGS technology against usage of older techniques, done over the course of a set of single and multilevel posterior spine fusion surgeries. The study found that in the cases where MvIGS was being used, there was a significant increase in workflow. What would this mean for medical practices are that these surgeries could be completely rapidly and easily, freeing up queue times for important procedures.

Being able to perform these kinds of operations so frequently also brings up the point about the absence of radiation. Those performing the procedures will be able to complete far more of them without fear of exposing themselves to excessive amounts of radiation over the span of their medical careers. The hospital stay of the patient was also significantly reduced.

Where are These Procedures Available?

As of the writing of this article, 7D Surgical’s MvIGS technology is available in Canada, the USA, Australia, New Zealand, the Caribbean and Asia. The technology has received certifications in all of these countries, verifying that it is safe for usage and will likely go on to enjoy success in all of these markets for the game-changing technology that it has on offer. 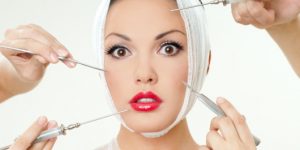 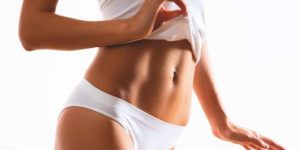 Finally At Your Ideal Weight? Here’s What You Can Do Next 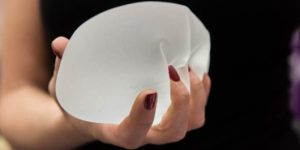 Breast Implant Illness: Signs to Look Out For