Before a new drug can reach the markets for supply, it has to undergo a series of testing. The FDA does not approve of a new drug till it has proved its safety, effectiveness and dosage.

For any commercial drug sourcing to begin, it is imperative to pass the trials the FDA demands. The FDA runs a center that we know of as CDER 9Center for Drug Evaluation and Research). The primary objective of this center is to evaluate a new before the sale begins.

The evaluation not only ensures safety against quackery but also that the doctors and patients have the relevant information for appropriate use of the drugs.

Pharmaceutical companies have to run four stages of trials to pass the drug approval by the FDA (Food and Drug Administration of U.S). But even before the FDA can allow a clinical trial to begin, it requires the scientists to run extensive studies and laboratory tests on the animals to prove the efficacy and safety of a new drug.

Only when the said processes produce favorable results does the FDA grant permission for drug testing to begin on humans.

Clinical Trials of a New Drug – the Four Phases

Every new drug has to undergo four phases of clinical trial to test for efficacy, any potential side effects and appropriate dosage. When a new drug has passed the first three stages and researches have gathered evidence of its effectiveness and safety, the FDA grants permission for clinical use but continue to monitor the drug’s effects.

No doctors or patients can start using a new drug till it has passed phase I, II and III of its trials as the FDA stipulates. Once a drug has achieved the milestones, only then does the FDA determine if it can approve usage.

The four phases of trials are as follows:

In Phase I of a new drug’s clinical trial, researchers run an experimental treatment on a small group of individuals, within the age bracket of twenty to eighty. During this phase, they closely monitor how the drug is performing in terms of safety, observe side effects and determine the correct dosage for use.

After the first trial, researchers move on to a larger group of individuals, generally ranging from a hundred to three hundred. Phase I focuses more on the safety on the drug, whereas phase II emphasizes more on the effectiveness.

During the second phase, the researchers gather preliminary data of how well the drug is effecting people with a specific condition or disease. Not only does the second phase take note of the drug’s safety level but it also observes the short-term side effects, if any.

Generally, phase II can last for several years although there is no fixed timeline.

Next, the clinical trial progresses to phase III, during which researchers gather more data regarding the effectiveness and safety of the drug. But in this phase, the research expands over different populations, administers different dosages and also combines the drugs with others to see their compatibility.

In this phase of trial, the subject numbers can range from a couple of hundred to even three thousand individuals. But that is not surprising since the third phase usually determines whether or not the FDA will approve of the drug.

If this trial stage yields positive results and meets the FDA’s standards, the drug becomes good to go for commercial use.

Even after the FDA has given its approval upon positive results after the third phase, pharmaceutical companies have to observe another requirement. The fourth phase takes note of the drug’s safety and effectiveness and monitors its use over diverse and larger populations.

There are strong chances of a drug’s potential side effects not becoming clear till people from diverse immunities, regions, medical histories etc. have used it for extended time periods. The fourth phase is all about monitoring the effects of the drug on a far larger scale.

Breaking Down a Drug’s Approval 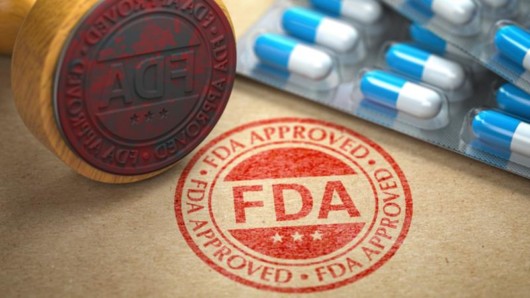 When the FDA has approved a new drug, it refers to the data that CDER has reviewed and found satisfactory. This data usually proves the drug’s ability of rendering benefits that surpass the potential risks for an intended consumer group.

There is typically a structured framework for approving a new drug and monitoring the process. This includes:

The approval of a new drug is not a straightforward or accelerated process. Most often, a drug has to undergo clinical trials for a couple of years and include up to three thousand people till it can earn the FDA’s approval.

The FDA is a strictly science-led organization and pharmaceutical companies must meet of its technological and scientific standards, including a deliberative process, to earn approval for a new drug.