Posted in
Health
Tagged as
beautybody

The societal pressure to be as attractive as possible doesn’t stop with women; men feel that same influence. As a result, it’s becoming more and more common for men to turn to plastic surgery or cosmetic procedures to help them reach their aesthetic goals.

It’s even becoming clear that opting for cosmetic surgery can have an impact on your career path, especially if you’re working in the corporate world.

Every year the number of men that get plastic surgery goes up. Since 1997 the percentage of men getting plastic surgery has increased by 273 percent. So, now that it’s becoming commonplace for the male half of our society to hop on the plastic surgery train, what are the most frequent male plastic surgery procedures? In no particular order, we offer you the most common surgical options for men. 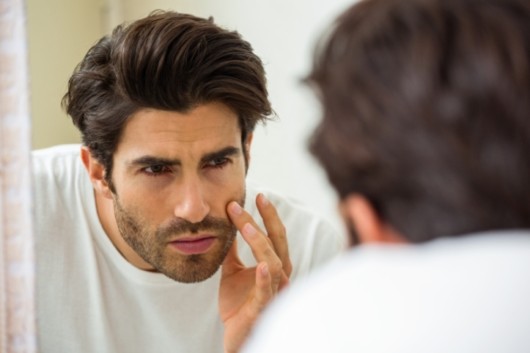 Eyelid surgery is one of the most frequently chosen surgery choices for men. Looking younger is one of the top goals of anyone willing to undergo a cosmetic procedure. Unfortunately, one of the first places we begin to show our age is in our face, especially around the eyes.

The cosmetic industry has known this for years and targeted women with thousands upon thousands of products to help reduce the look of wrinkles and age around the eyes. On the other hand, men are just starting to catch up when it comes to taking care of their skin. As a result, men often suffer from sun damage.

One of the most common causes of wrinkles and sagging skin is UV exposure. Eyelid surgery offers a way to undo some of the damage. The most common type of eyelid surgery is performed on the upper lid. It’s designed to help men look more rested, younger and overall rejuvenate their appearance. Excess fat or skin on the upper eyelid leads to sagging and a closed or droopy eye appearance. Eyelid surgery helps by removing the excess, leaving the patient looking youthful and alert.

The dad bod look might be in with some, but even those who embrace it given a chance would likely change it. Between the lockdowns, the new work from home world we’ve been living in, and the zoom meetings, it’s not hard to understand where those extra pounds came from.

Unfortunately, however, it’s a whole lot harder to take them off. So it’s not surprising that one of the top male plastic surgery options is liposuction. If you’ve already hit the gym and changed your eating habits, but you’re still not happy, then liposuction is a good option.

Liposuction is a way to contour the body and give it a more defined look. For men, the most common areas for liposuction are tough to deal with love handles, the lower abdomen, the chin, chest, and even the upper arms.

One of the great things about liposuction is it’s one of the most performed procedures, accounting for about 15-20 percent of all plastic surgeries. Though recovery time varies depending on the patient’s health and healing time, the overall general recovery time usually allows you to return to work about a week after surgery.

Gynecomastia causes the breasts to become enlarged. It can be linked to hormone imbalances, but often the cause isn’t known. It can develop in one or both breasts, most commonly in boys during puberty and men between 50-80. Gynecomastia can also be caused by certain necessary medications.

Gynecomastia Surgery, also known as reduction mammaplasty, is a way to reduce the breast size for men, giving them a more masculine appearance and helping to contour the chest. Weight loss can help with the appearance of gynecomastia, but often to truly correct the issue, surgery is the best option.   Male breast reduction removes fat and can remove excess glandular tissue and, if necessary, excess or sagging skin.

Rhinoplasty: Reducing the Impacts of Age

Rhinoplasty, more commonly referred to as a nose job, is one of the top five picks for cosmetic surgery for men. Rhinoplasty is a strong choice for those wanting to achieve a more symmetrical look or an overall more masculine form to their face.

Our noses change over time, but men, in particular, have a high tendency for significant damage to their noses, often from sports injuries. These injuries can lead to functionality problems which can be improved with rhinoplasty.

Often those who suffer from a deviated septum will also opt to have the cosmetic changes they desire handled at the same time as correcting the medical issue.

Some of the flaws that can be corrected with rhinoplasty include a large or bulbous tip to the nose, width, bumps, or asymmetry resulting from injury, and a general unbalanced look to the rest of the face.

Abdominoplasty: a Tummy Tuck for Men

Women have been getting tummy tucks for as long as plastic surgery has been around, but they are quickly gaining popularity for men.

The chiseled abs and six-pack look can be nearly impossible to achieve, no matter how hard you hit the gym or cut the calories. That’s because you aren’t fighting, just fat. In addition, you can be dealing with loose skin or possibly separation in the abdominal muscles.

Tummy tucks for men remove both excess skin and remaining fat while also helping to repair the abdominal wall itself. It’s is a top choice for men who have had significant weight loss and want to get that flat stomach back.

The world we live in is hyper-focused on appearance, and some things, no matter how hard you work or diet, require extra help. So it’s not surprising that male plastic surgery is becoming increasingly common.

From getting ahead in business by looking your best to just wanting to be the most attractive version of yourself. Undoing the damage from a broken nose from a football game or making sure no one ever says you have manboobs again. These are just a few reasons men are turning to these top five procedures to change what they see when they look in the mirror.