Speech impediments in children are more common than many think. Studies show that nearly 1 in 12 children in the United States are afflicted with some sort of speech impediment or disorder in their voice, speech, or language. Approximately a third of those have multiple disorders.

A speech impediment can be a major emotional burden and obstacle for a child. Speech impediments can cause a lot of bullying from other children, leading to anxiety and low self-esteem that may even cause them to stop talking entirely.

Fortunately, in many cases, speech impediments do not have to be permanent. There are a variety of therapies and treatments available that can help minimize or even eliminate a speech impediment entirely. 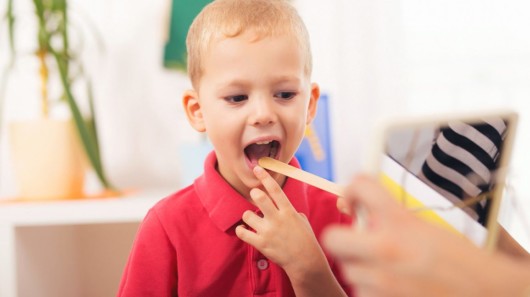 Here are some of the more common, specific speech impediments children might struggle with:

As with so many things in life, children will need help and involvement from their parents in order to overcome a speech impediment.

First, get a diagnosis. Early intervention is key for children with speech disorders, as treatment is often much easier and more effective during the toddler or preschool years, when language learning is at its childhood peak. A professional diagnosis will also help determine if the child’s speech issues are related to a hearing disorder. One of the first steps you should take is talking to your doctor, who can arrange for a hearing test and refer you to a speech-language pathologist for evaluation.

Next, work with a speech therapist (also called a speech-language pathologist), a skilled professional with a degree in communication sciences and disorders who can evaluate your child’s specific needs and begin speech therapy sessions. 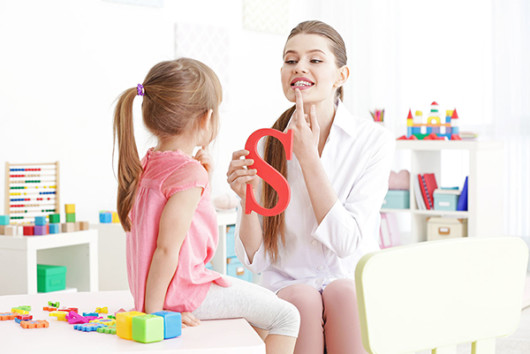 It’s very important that parents be involved in these sessions, as well as practice and work with their child on a daily basis to help the process along. There are parental tools that can help with this home therapy.

If the speech condition is physical in nature, then medical intervention or surgery might be necessary. Conditions such as a cleft palate, weak oral muscles, enlarged adenoids are likely to require professional medical intervention — another reason to obtain an official diagnosis.

During this entire process, it’s important to inform the school so that teachers are aware of the problems so they can support the child’s progress and prevent any frustrating misunderstandings that could cause anxiety or self-esteem issues for the child.

Finally, it’s of paramount importance that parents be patient and kind. Praise your child’s progress, stay interested and involved in speech therapy and home practice, and help them get through the inevitable moments of frustration that are sure to come. Your involvement will make a huge difference in their progress.