Cannabis has been used since ancient times to heal the body, mind, and spirit. Over the past century, political agendas, racism, and bias relegated it to the back burner, creating a counter-culture of “pot users” who were seen as being on the fringe of society.

The truth is that priests and healers were using this natural remedy centuries before physicians existed, and its benefits are far-reaching. While many people equate it with a “stoner” lifestyle, cannabis is finally having its day, thanks in large part to a chemical found in hemp called cannabidiol, or CBD. 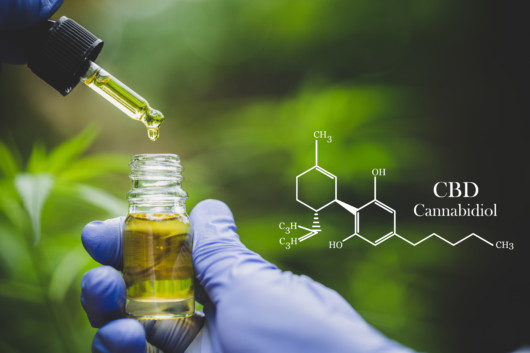 When most people think of marijuana, they equate it to THC, the compound found in cannabis that causes users to become stoned. There is really nothing inherently wrong with THC. While it has psychoactive effects, it is also a powerful healing remedy that has some incredible therapeutic benefits. These benefits are the reason why so many states have adopted medical marijuana programs.

The fact remains that although cannabis is a household word and most people understand it has healing properties, not everyone is ready to take the plunge and start using it to treat their maladies— no matter how effective it might be. For numerous reasons, there is still mistrust andstigma associated with it. This is where CBD comes in.

Thanks in large part to the Farm Bill of 2018, hemp is now legal at the federal level. What this means for consumers is that they can easily obtain CBD products derived from industrial hemp without the fear of legal consequences. Researchers have only scratched the surface of what this incredible compound is capable of, but the information we have so far shows astonishing promise. Let’s take a look at some of the science-based evidence that suggests just how beneficial CBD can be to human health.

How Does CBD Work in the Body?

Up until recently, little was known about how cannabis affected human health. It was evident that it acted as a psychoactive substance, but its health benefits were still a mystery to the medical community. This had less to do with evidence and more to do with several decades of the so-called war on drugs.

When researchers finally uncovered the mechanism whereby cannabis works, they discovered a previously unknown bodily system called the endocannabinoid system, or ECS. This discovery was no small thing. It turns out that the ECS is responsible for many functions of the body previously attributed to other major systems. This built-in system has evolved over millions of years and is present in all mammals with a spine and even certain crustaceans.

The ECS is comprised of a vast network of receptors and corresponding chemicals that react both indirectly and directly with them. Named the endocannabinoid system after cannabis, it was found that this regulatory system is controlled by the body’s own internal cannabinoids—chemicals nearly identical to substances found in the cannabis plant.

The ECS is responsible for some pretty significant functions of the body that are vital to human life. Temperature, appetite, memory, mood, pain perception, inflammation, reproduction, immunity, and more are controlled through this vast system. It outnumbers all of the other communication systems of the body combined.

How Does the ECS System Work?

If you are overheated, the ECS signals your body to sweat so you can cool down. If your stomach starts growling, that is the ECS telling you that you are hungry. When it is nighttime, the ECS begins to produce certain hormones to help you wind down and go to sleep. If you are anxious, the ECS sends messages to your central nervous system to relax your breathing and heart rate. 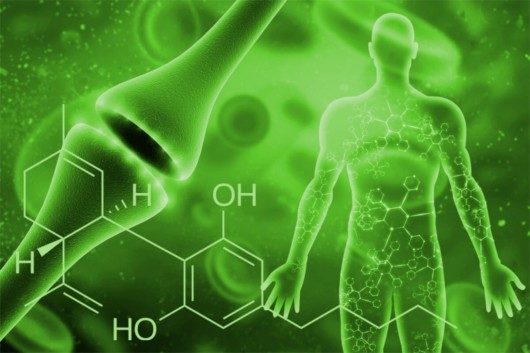 Many researchers believe that a malfunction of this critical system is at the root of several common maladies seen in our modern society. Whether this is due to genetics, environmental factors, pollution, GMO’s, stress, or other factors remains to be seen. However, since the primary function of the endocannabinoid system is to maintain homeostasis within the body, a breakdown of the ECS may result in many health issues.

This explains in part why CBD seems to be beneficial for so many different conditions simultaneously. It works as a replacement when the body is not making its own cannabinoids or when the ECS is simply not working at optimum levels. In the next part of this article, we will cover ten of the major benefits of CBD.

The Top 10 Therapeutic Benefits of CBD

For centuries, CBD has been used as a viable form of pain relief. Believe it or not, records of CBD use for pain relief date as far back at 2900 B.C.! It has been used for managing the pain of childbirth, dulling the body’s pain response, and alleviating all types of discomfort.

Numerous scientific studies exist to back up CBD’s effectiveness in treating pain by binding to specific receptors. And we aren’t talking about only minor aches and pains. People are using it for significant issues like arthritis, neuropathy, and most remarkably, to reduce the need for opiate medications.

Typically treated with a cornucopia of pharmaceutics, anxiety disorders have reached epidemic proportions in our modern society. However, scores of accumulating evidence exist that show CBD is a potent anti-anxiety remedy.

As one of the most widely studied conditions that CBD has the potential to treat, researchers have been working overtime to uncover promising results when it comes to utilizing CBD for panic attacks, PTSD, and anxiety disorders of all types. Of those who use the compound to deal with their anxiety, most people have found it remarkably effective.

Much like anxiety, depression is often linked to specific chemical imbalances related to serotonin, dopamine, certain hormones, and other substances naturally produced in the body.

Because CBD helps to regulate all of these compounds, it makes perfect sense that it can restore mood regularity and rectify some of these imbalances with regular use. 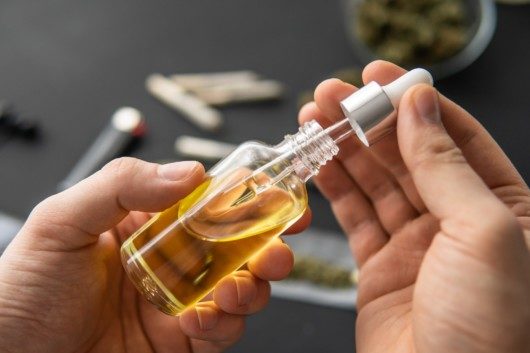 Millions of people of all ages and from all walks of life suffer from sleep deprivation, REM sleep disorders, insomnia, and other sleeping issues are common. In this area, CBD truly shines. The endocannabinoid system is a vital piece of the puzzle when it comes to proper rest. While users may need to play around with dosages to ascertain the correct amount of CBD that will help them get to sleep and stay asleep, it is well worth the experimentation.

Inflammation is the body’s natural response to illness and injury, but when this response becomes hyper-accelerated, many conditions can develop. It is well-known that inflammation contributes significantly to a great many chronic diseases.

CBD’s potent anti-inflammatory effects are undisputed. Study after study has proven that this plant medicine is one of the most potent remedies for inflammation found in nature.

There has been a lot of hype in recent years about the ability of CBD to treat or cure cancer. Typically, anytime a new supplement is introduced into the market, it is quickly touted as the latest cancer cure. We feel it is not only unfair but unethical to falsely promote any supplement this way.

Yes, studies have shown that cannabis may inhibit the growth of individual cancer cells, and scientists are hard at work studying the potential CBD may have to treat cancer in the future. For now, however, CBD’s ability to treat cancer lies mainly in its effectiveness to relieve some of the pain, nausea, lack of appetite, and inflammation that accompany traditional cancer treatments.

Case studies have confirmed this, and if you are undergoing cancer treatment, talking to your health professional about CBD is an excellent idea.

Acne, Psoriasis, and Other Skin Conditions

Recently, many topical CBD products have entered the market claiming to help with everything from aging, to rashes, to acne. Given the active ingredients in most CBD topicals, it is likely that these claims are legitimate. Studies have confirmed that CBD can regulate the sebaceous gland, protect against free radicals, and provide softer, hydrated skin. Topicals are also very effective at treating localized pain.

CBD has been widely studied in the treatment of neurological disorders such as M.S. In one study, patients taking a pharmaceutical form of CBD called Sativex showed a dramatic improvement in the reduction of muscle spasms. A full 75% of those who were previously resistant to other remedies experienced relief from using CBD.

If you understand the history of CBD, you will likely recognize its ability to treat seizures. One of the only cannabidiol based pharmaceutics on the market, Epidiolex, was specially formulated to treat rare forms of childhood epilepsy.

The hemp industry has been successfully doing this for years before the pharmaceutical industries involvement. Charlotte’s Web, a well-known brand of CBD was founded after the owners grew and formulated a specific strain to help Charlotte Figi—a little girl with a form of debilitating intractable seizures. Hemp dramatically improved the quality of her life, and both the brand and the strain were named after her.

Cannabidiol is also being explored for its effectiveness in limiting drug cravings and helping to reduce withdrawal effects. In states where medical marijuana programs have been established, overdose deaths from opiates have decreased remarkably, underscoring the desperate need for more studies into this area of treatment.

Animal studies have confirmed that CBD does reduce cravings and tone down the effects of drug withdrawal. This avenue of research is probably the most important as it relates to society on the whole. 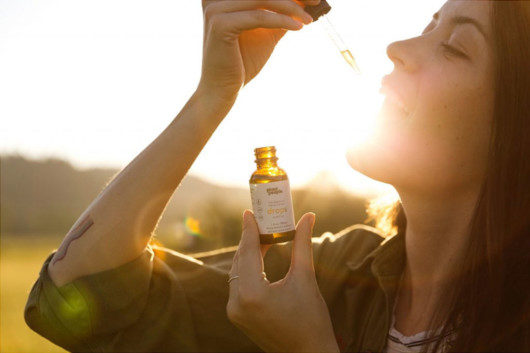 Thanks to recent legislation permitting hemp cultivation and the manufacturing and distribution of CBD, more avenues than ever have opened up for continued and more intense research into cannabis. We think this is fantastic, as it represents the tip of the iceberg when it comes to plant medicine.

CBD may well be one of the most important health discoveries to date. At CBD Best Review, we are privileged to be a part of the growing hemp industry. We work tirelessly to provide the public with the most up-to-date education on hemp, and we review the highest-rated CBD products on the market. We know how important it is for consumers to purchase the safest, purest, and most potent products, and we only work with top-shelf brands.

These statements have not been evaluated by the Food and Drug Administration. This product is not intended to diagnose, treat, cure, or prevent any disease. 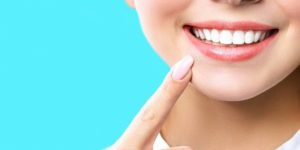 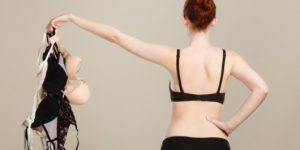 Feel Comfortable in Your Own Skin With Breast Reduction Surgery 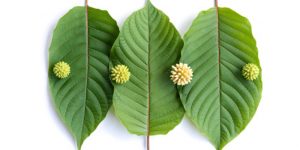 American Kratom Association and Its Roles