Hearing loss is a lot more common in adults than many people realize. It can be mild and temporary, but it can also be (and more commonly is) more severe and irreversible.

There are two ways hearing loss can be categorized:

Conductive hearing loss is usually caused by a buildup of earwax or even a punctured eardrum; this is also the type of hearing loss that can be reversed.

On the other hand, sensorineural hearing loss means that there is damage to the auditory nerve and inner ear, and this type of hearing loss can’t be reversed. 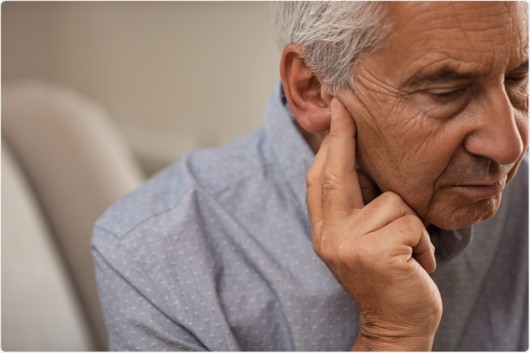 Age-related hearing loss is also referred to as presbycusis, and it’s marked by the loss of hearing in both ears over a period of time. More than 30% of adults over the age of 65 have some sort of hearing loss as the result of aging.

Age-related hearing loss is usually the result of other health issues, such as high blood pressure and diabetes. Brain injuries, stroke, and heart conditions can also cause hearing impairments in the elderly. Hearing loss can also be the result of taking certain medications, but the most common cause of this type of hearing loss is issues within the inner ear (loss of sensory receptors).

Because this is a gradual form of hearing loss, it takes many elderly adults a while to realize that they have lost some hearing. Common signs include:

When it comes to age-related hearing loss, the most common treatment is a hearing aid. Hearing aids make sounds louder, allowing the hearing impaired to hear better. There are hearing aids that go behind the ear, in the ear, or ones that go into the ear canal. Other treatment options include:

AIED is when the immune system attacks the inner ear, which can lead to hearing loss. AIED usually starts in one ear, and then spreads to the other ear. Symptoms of AIED include dizziness, tinnitus (ringing in the ears), and vertigo (a spinning sensation). It can be treated with medications that stop inflammation (the cause of the immune system attacking the inner ear).

More commonly affecting people between the ages of 30 and 50, this is another disease similar to AIED, except it isn’t an autoimmune disorder and it only affects one ear. The cause of Meniere’s disease isn’t known and treatments focus on the symptoms. Symptoms include vertigo, tinnitus, sensitivity to noise, and partial hearing loss.

Meningitis is a very serious illness in which the membranes covering the brain and spinal cord become inflamed. It can be caused by a bacterial parasite or virus. Symptoms of most types of meningitis include neck stiffness, a severe headache, and oftentimes a fever. Bacterial meningitis is the most common and most severe form of meningitis that requires immediate treatment. Viral meningitis usually goes away on its own.

Prolonged exposure to loud noises is the most common cause of hearing loss. Similar to age-related hearing loss, this can happen gradually, unless caused by a sudden, extremely loud sound.

Most hearing loss caused by loud noises usually result from one’s workplace, meaning that they aren’t wearing proper or are wearing faulty ear protection. Some ear plugs that have claimed to protect the ears from loud noises have actually been recalled because they’ve caused hearing loss and/or tinnitus in its wearers. Properly working ear plugs are essential for workers who are constantly exposed to loud noises on a daily basis.

Symptoms are similar to that of age-related hearing loss, but may also include tinnitus and vertigo. Currently, there is no way to reverse hearing loss due to loud noises, so the only treatment available would be that of a hearing aid. 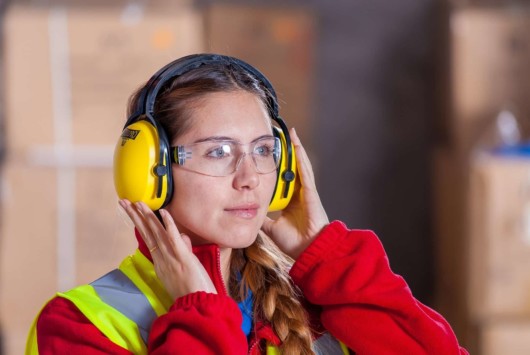 Hearing loss can also be inherited, with some forms starting at birth, and others developing later in life.  It’s very rare that severe forms of hearing loss can be reversed, so it’s important to know your family history and to take care of your hearing.

Avoid loud noises by not listening to music or the TV on high volumes, and make sure you’re wearing proper ear protection if you’re exposed to loud noises due to work. Also, consuming a healthy diet can help prevent inflammation that may cause hearing diseases. Practicing these techniques can help protect your hearing from age-related hearing loss.