Whops, that must not be healthy. But I’m pretty sure I could gain some weight if someone paid me to do it. 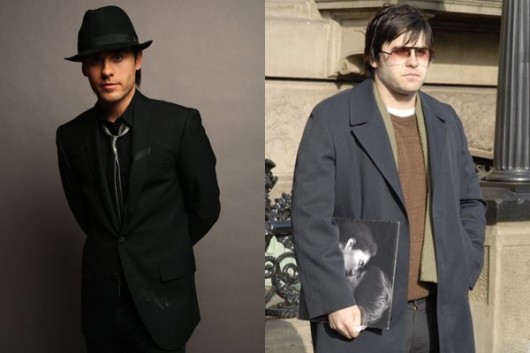 Jared Leto is almost unrecognizable in this 2007 movie where he gained 67 pounds to play Mark David Chapman, the man who killed John Lennon in 1980. He did it by eating large amounts of everything “he is not supposed to eat” like pizza, pasta, and chocolate ice cream.

He also made an olive oil and soy sauce mixture to put into melted ice cream so he could gain weight even faster. The actor saw serious health consequences in the process, suffering from gout and dangerously high cholesterol. After the role, Leto said he never wanted to gain weight for a role again. 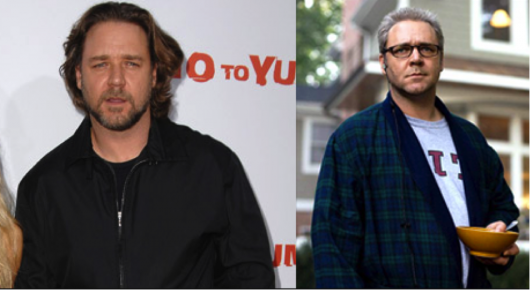 Russel Crowe gained over 60 lbs for his role in “Body of Lies”, making him the heaviest he has even been on screen. He wasn’t his usual toned self, but he said he was enjoying the weight gain, eating cheeseburgers for breakfast and pretty much whatever he wanted. He avoided alcohol, however, as he didn’t want his preparation for a role to affect his relationship with his family.

He struggles to lose the weight after the role, saying that if he stopped exercising he would quickly gain back the weight. His twitter followers know he had a lot of discipline and followed a 105-day plan where he exercised daily and took in about 2500 calories including all drinks. He soon got back into shape for his next role in “The Man with the Iron Fist”. 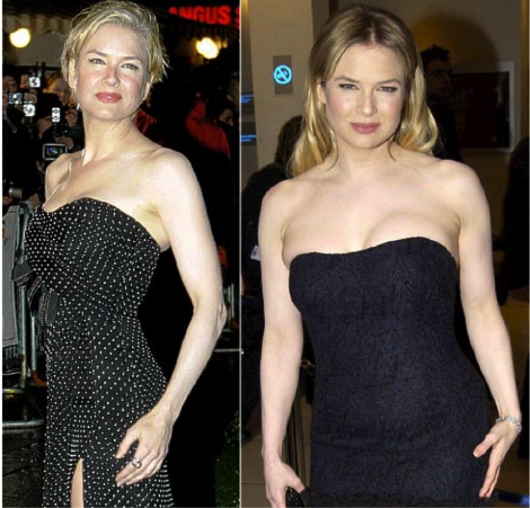 Renee Zellweger gained about 30 pounds for the part in the first and second “Bridget Jones” movies. She did it by eating four slices of bread with clarified butter and cream cheese, French toast with syrup and eggs benedict and that is just breakfast!

She was working with a nutritionist to eat 12 courses of fatty foods a day.In addition to the breakfast, she had curries for lunch and steak and chips for dinner. Oh, and she wasn’t allowed to exercise. Once the premiers were over, she said was happy to start taking care of herself again and drop the pounds, but she looks quite beautiful either way! 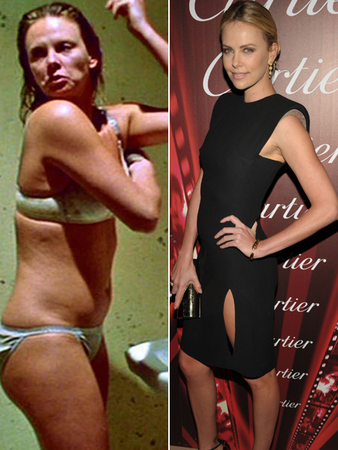 Theron’s physical transformation through weight gain and makeup, coupled with her attitude transformation, made her hard to recognize as lead actress in “Monster”. She gained 30 pounds as she stuffedg herself with Krispy Kreme doughnuts and potato chips.