Without a doubt, one of the most excellent sneakers in the history of Jordan shoes is the Air Jordan 1.

Over the past three decades, the Jordan 1 has continually become a legend on its own. You could spot the basketball sneaker on almost everybody during this time, including famous musicians and celebrities. Therefore, it’s safe to say that the Jordan 1 is the Jordan brand’s kickstart that we know and love today. Many people tend to think its success story is simple. The truth is, it isn’t.

Fantastic Facts Behind the Design of Air Jordan 1 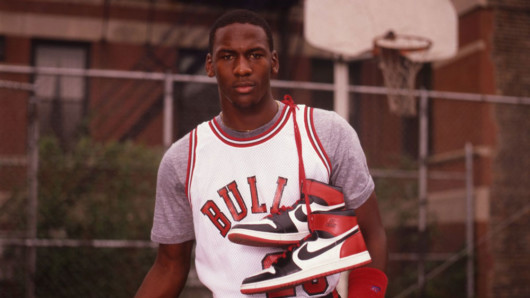 Michael Jordan was tipped to turn the struggling franchise around after arriving at the Chicago Bulls in 1984. The entire country watched Michael Jordans, having proven himself a key player for the University of North Carolina’s Tar Heels.

He became the limelight of every sports brand on the planet. Jordan was close to signing with Adidas; however, he was disappointed because Adidas wasn’t interested in expanding its products offering basketball. Eventually, Jordan signed with Nike, yet he wasn’t happy but knew how vital this signature would be for his career in the long run.

Michael Jordan had to wait for almost a year to get his first shoe after signing with Nike. The ban of the Nike Air shoe by the NBA did not stop Nike from playing on the banned theme when it released the Air Jordan 1. Nike’s founder realized that Jordan’s first signature sneaker had to be significant because Michael Jordan was such an asset to Nike’s setup. Peter Moore, Nike’s creative director, was given the considerable role of designing Jordans sneakers. However, Jordan gave little detail on how he wanted the sneakers to look, such as the sneaker needed to be lower and exciting than others.

The Wings logo was, however, the defining detail. The Wings logo was the combination of Jordan and Nike. Peter Moore thought that he had pulled off a slam dunk which wasn’t the case. Jordan wasn’t impressed with the design, saying that he would look ridiculous on the court. However, he changed his mind eventually and would wear the Air Jordan 1. This attracted the attention of the early sneakerheads. It didn’t take long for people to notice the Air Jordan 1. The sneaker stood out among any other shoe in the court because of the number of colorways it was dropping.

The Ban and Success of the Air Jordan 1

The NBA told Jordan that he would be fined $5000 every time he wears the shoes to the court after receiving a letter from the NBA commissioner stating that the Air Shoe doesn’t adhere to the 51% rule. The “Banned Nike Air Shoe did not adhere to the 51% rule, which states that 51% of a player’s shoes must match the team’s uniform. After this, Nike took this, putting up a marketing campaign in the history of Jordan shoes. 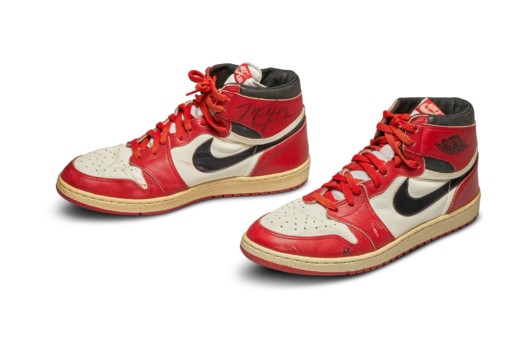 However, Nike created a revolutionary new basketball ball shoe on October 15, but on October 18, the NBA threw them out of the game. Lucky for you, the NBA can’t stop you from wearing the Air Jordan. With Nike quickly selling out its first-ever Air Jordan around the US was a resounding success.

The Air Jordan 1 became one of the most sought-after products in Nike’s history because it became so popular that it had a waiting list way before its official release date of July 1. Because of his basketball prominence in Chicago, the Air Jordan 1 has been a great story in this city. However, the Air Jordan 1 also did exceptionally well in other markets, including Los Angeles and New York. Today, the hip shoe is rather worn as something fashionable and not exclusively for playing basketball.

The Air Jordan 1 has been a critical shoe in the sneaker community for almost 40 years. With Nike continuing to release this classic design’s collaborations and colorways, the Jordan 1’s influence is undeniable; if Jordan had left Nike, who knows how different the sneaker world would have been.