Posted in
Health
Tagged as
healthsupplements

Medical marijuana has been used for thousands of years, but it was during the presidency of Nixon that the use of marijuana and cannabis developed something of a bad reputation.

Indeed, what had once been considered to be a wonderful herb that had many medicinal properties was demoted to something considered to be almost evil; now, though, medical marijuana is finally seeing something of a renaissance in terms of popularity once again.

Nowadays, more and more states are jumping on the bandwagon and learning how the legalization of cannabis and marijuana can be of benefit to them. Take billy kimber as a good strain of marijuana that you can use in your recreational activity. As such, the people of the US are now facing a huge number of potential possibilities for treating their long term health conditions.

Medical marijuana has many different functions, from helping with depression and anxiety to helping to control powerful childhood seizures, and many things in between. One such thing that medical marijuana could help with is migraines—especially those which are powerful or last for a long period of time.

Why not Use Normal Medication?

People who have never tried taking medicinal cannabis often cannot comprehend why someone would want to do so, over the standard chemical medications that can be picked up from their pharmacist.

Indeed, some people might argue, chemical medicines are proven to be effective at easing the pain associated with conditions such as migraines—even for persistent migraines. So, what could possibly be the benefit of taking medical marijuana instead of these prescription drugs? 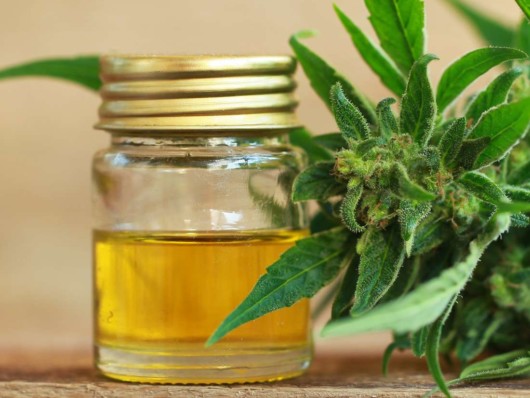 There are two primary reasons why people might want to take medicinal marijuana instead of prescription drugs, and these are both relatively easy to understand and empathise with.

Moreover, people who have to rely on these prescription drugs often may find that their body develops resistance to the medication over time, thereby limiting the effectiveness of the drugs. In these cases, a different solution to the problems may be needed in order to provide the patient with the relief from their suffering—and one such potential treatment in this scenario could be taking medical marijuana.

“As such, when it comes to taking medical marijuana for controlling migraines, it is important to remember that this is not a well studied branch of modern medicine and so the effects may still vary from individual to individual. As time goes on, though, more research will hopefully go to prove or disprove the efficacy of medical marijuana for controlling the pain of potentially debilitating migraines,”cautions Dr.Bruce, a medicine specialist at Doctorspring.

Does Medical Marijuana Work for Migraines?

It is well known that medical marijuana can be effective for helping with chronic pain conditions; this is partially the reason why it is now being used increasingly frequently as a treatment for people who suffer from debilitating seizures. As part of this, it is also believed that medical marijuana can be highly effective for helping with people who suffer from painful migraines frequently, too!

It is invariable that treating migraines is not necessarily an easy thing to do. After all, if this was the case, no one would have to suffer from them. Luckily, though, medical marijuana could represent one last opportunity for people who suffer with migraines regularly.

However, it is important to note that research into the effects of medical marijuana on migraine severity and intensity is scarce; different studies have come to different conclusions, with some determining that marijuana is effective for controlling migraines and others debating this efficacy.