An unorthodox method that promises rapid muscle gain with light weights? Suppressing the blood flow to the muscle during training to build more mass? Can this possibly work?

[quote cite=”Arnold Schwarzenegger, Pumping Iron”]The greatest, most satisfying feeling you can get in the gym is the pump, Let’s say you train your biceps. Blood is rushing into your muscles and that’s what we call The Pump. You muscles get a really tight feeling, like your skin is going to explode any minute, and it’s really tight – it’s like somebody blowing air into it, into your muscle. It just blows up, and it feels really different. It feels fantastic. [/quote]

It is traditionally assumed that intensities of more than 60% of one-repetition maximum (1 RM) are required for significant muscle growth (hypertrophy) (Schoenfeld, 2013). Fry, in his well-known work of 2004, goes a step further. Even though he gives a range of 40-95% of 1RM for hypertrophy training, he emphasizes the range of 80-85% of 1 RM as optimal hypertrophy (Fry, 2004).

The classic argument considers the mechanical stress and subsequent exhaustion of muscle fibers as being primarily responsible for muscle growth. Furthermore, it is assumed that the muscle fibers are recruited according to the principle of size, e.g. as the load increases, stronger units are being addressed. Under the above-mentioned intensity, the largest motor units (type II muscle fibers) are not activated and thus cannot (optimally) be trained. However, according to research, these fibers have a 50% higher growth potential and are thus indispensable for optimal muscle or strength building (Schoenfeld, 2013).

Following these considerations and translating them into sets and repetitions, you end up with the classic recommendations of  6-12 reps over 3-5 sets. But more recent research shows that similar muscle building can be achieved with much lower intensities, just as long as the blood flow to the working muscle group is interrupted. How can this be explained?

This style of training is known as Occlusion Training, or Kaatsu (not named after its inventor, as often published, but Japanese for ‘additional pressure’ (Wernborn 2011), Ischemic Workout or BFR (Blood Flow Restriction) Training. The origins of this method date back to the 1960’s.

Research results for this style of training are consistently positive. A study conducted in 2000 for example, allowed women in the age range of 47-67 to train with either 40% of 1RM (with simultaneous restriction of the blood flow) or with an 80% of 1RM (without restriction of the blood flow). The group that trained with less intensity was able to obtain the same or even better results than the other group.

An obvious objection would be that in untrained test participants any type of training is successful. However, there also was a third group in this study, which also trained with 40% of 1 RM, but without restriction of the blood flow. This group was unable to achieve any noticeable muscle growth. Over the following years these results have been confirmed several times even in well-trained athletes. (Werbon, 2011)

The results of this study were sometimes unexpectedly good: In some of the studies significant muscle growth could be observed after only one week of training. Other training studies with similar protocols were able to achieve 4-5 times faster muscle growth withOcclusion Training than would have been expected from classic muscle building methods. Extreme protocols with 21 training sessions over two weeks led to more than 20% cross-section growth in precisely the same period (Wernbon, 2011).

In addition, there were three independent studies without accompanying training that showed positive effects on muscle mass with Occlusion Training. These results, although interesting, are not easy to transfer to workouts because they all come from the area of rehabilitation (Loenneke, 2012).

How these results are being achieved is not yet fully understood. There are, however, several hypotheses discussed in the literature:

Generally the interruption of blood flow leads to further arterial inflow of blood, however, the venous drainage is suppressed. This leads to rapid accumulation of metabolic products, which leads to type II muscle fibers being activated at even low loads and thus tiring more quickly..

The Correct Implementation of Occlusion Training

Now that we have clarified that Occlusion Training works and have looked at some potential mechanisms, we can dedicate ourselves to the implementation.

Important: The training with a restricted blood flow causes great stress on the entire body. You should consult your doctor before starting.

During Occlusion Training, the blood flow is cut off above the muscle to be trained.

The blood flow is restricted in studies by using blood pressure cuffs or a special “Kaatsu” device (to ensure accurate pressure control). In practice the use of tubes, such as resistance bands have proven to be efficient. The blood flow should not be completely interrupted (up to a “light” feeling of pressure: 6-7 on a 10-point scale), but should only be re-established only after all sets have been completed.

Approximately 20-50% of 1 RM should be used for best results. Loads below that will not reach a sufficient activation of the type II muscle fibers and the restriction of the blood flow has no further advantage with higher loads in comparison to other conventional methods.

3-5 sets to muscle failure, breaks of 30-60 seconds. Two seconds are recommended as cadence for both the concentric and eccentric part (Loenneke 2009).

In principle, one could apply this method to all forms of exercise, but in practice especially isolation exercises (e.g. biceps curls, triceps extension, leg extension etc.) are more suitable.

Frequency
The above mentioned results were obtained with training frequencies of 2x weekly up to 2x daily. The optimal frequency is very much depending on the design of the remaining training schedule, specific recommendations are therefore difficult. Everybody should generally gear towards the lower frequencies when starting out!

A useful application for example would be an eight-week training cycle, which can be done two to three times per year. Depending on the remaining training schedule, Occlusion Training days should be inserted one to two times per week. Due to the high stress on the muscle, it is recommended to start with the lower part of the recommendations: 3 sets per muscle group with 20% of 1RM to exhaustion (20-25 reps in the first set), with an break of 60 seconds. Parameters should be gradually increased over the duration of the cycle.

Another possible application would be using Occlusion Training as a “finisher” at the end of the training. A set of one for the trained muscle group would be sufficient.

Wernbon, 2011, Effects of an Acute Bout of Low-Load Resistance Training with Blood Flow Restriction, DISSERTATION FROM THE NORWEGIAN SCHOOL OF SPORT SCIENCES 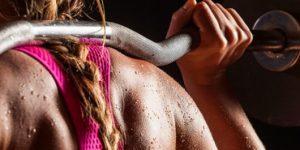 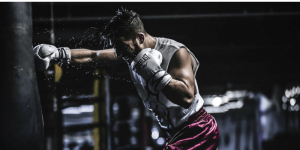 Join a Boxing Gym in 5 Steps. And Why You Should! 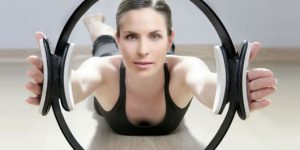